DANI Dyer insisted she’s not pregnant tonight and said speculation was “insulting” after fans asked if she was expecting on her latest Instagram post.

The mum-of-one, 25, shared a glam mirror selfie in a colourful vest top and skinny black trousers. 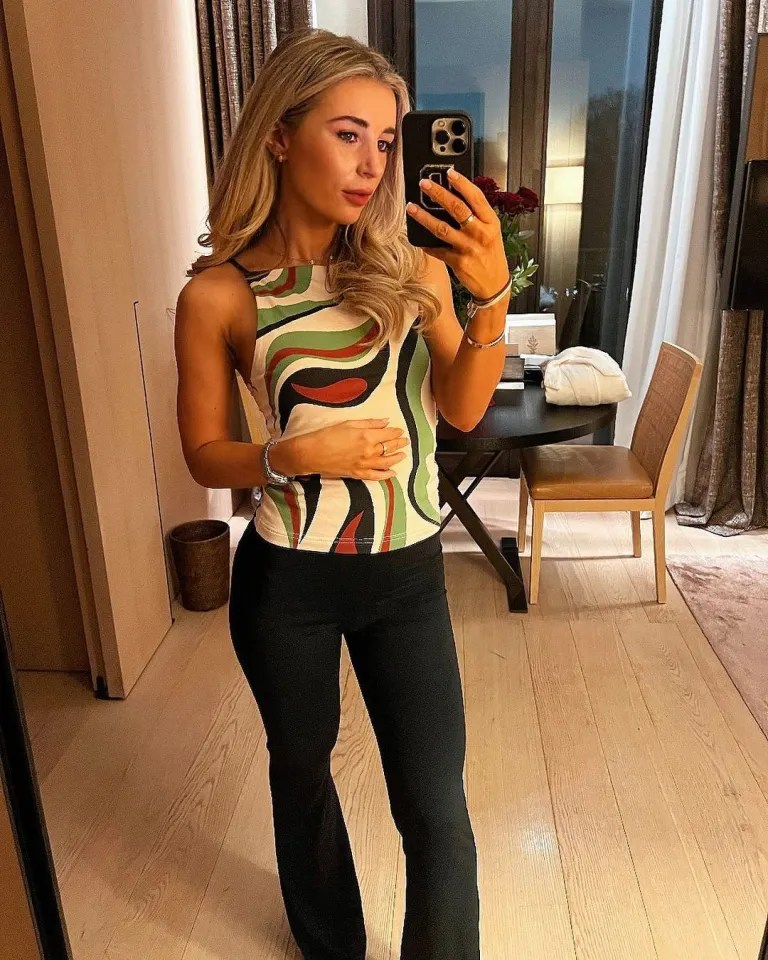 Dani Dyer’s pose had fans speculating she was pregnant Dani is in a relationship with footballer Jarrod Bowen

The Love Island star had a full face of makeup and her sleek blonde hair tucked behind her ear as she tilted her head to the side.

She place her hand on the front of her stomach leaving some fans questioning if she was expecting baby number two.

One asked: “Oh little one on the way?”

But an offended Dani replied: “No! And that is an insult to call someone pregnant if they aren’t.”

The inquisitive fan wasn’t the only one, with another asking: “Oh preggers??”

Many others complimented her look with may head over heels for her fashion choices.

Dani, who is in a relationship with West Ham footballer Jarrod Bowen, celebrated her son Santi’s first birthday at the weekend.

She shares the tot with ex Sammy Kimmence who is currently behind bars for fraud offences.

Dani dad Danny is a big fan of her new man, not least because he’s a West Ham fan himself.

The EastEnders actor, 44, recently put an arm around Jarrod as the pair beamed in their matching black tops.

He cheekily captioned the shot: “That grin,” as he got to know his daughter’s new man better.

Dani and Jarrod went Instagram official at the beginning of December, weeks after being spotted enjoying a weekend in London.

After Dani posted the first social media snap of them together, her dad Danny gave his seal of approval.

Reposting the image, he hilariously wrote: “If Carlsberg made son in laws. @danidyer @jarrodbowen.”

Did you miss our previous article…
https://www.hellofaread.com/love-island/rebecca-loos-looks-unrecognisable-and-is-living-very-different-life-now-after-david-beckham-affair-scandal/

Priti Patel to tell cops to use all available powers to crack down on...