The 25-year-old and the Premier League ace, 24, posted a loved-up snap as they enjoyed a relaxing evening together surrounded by family and friends. 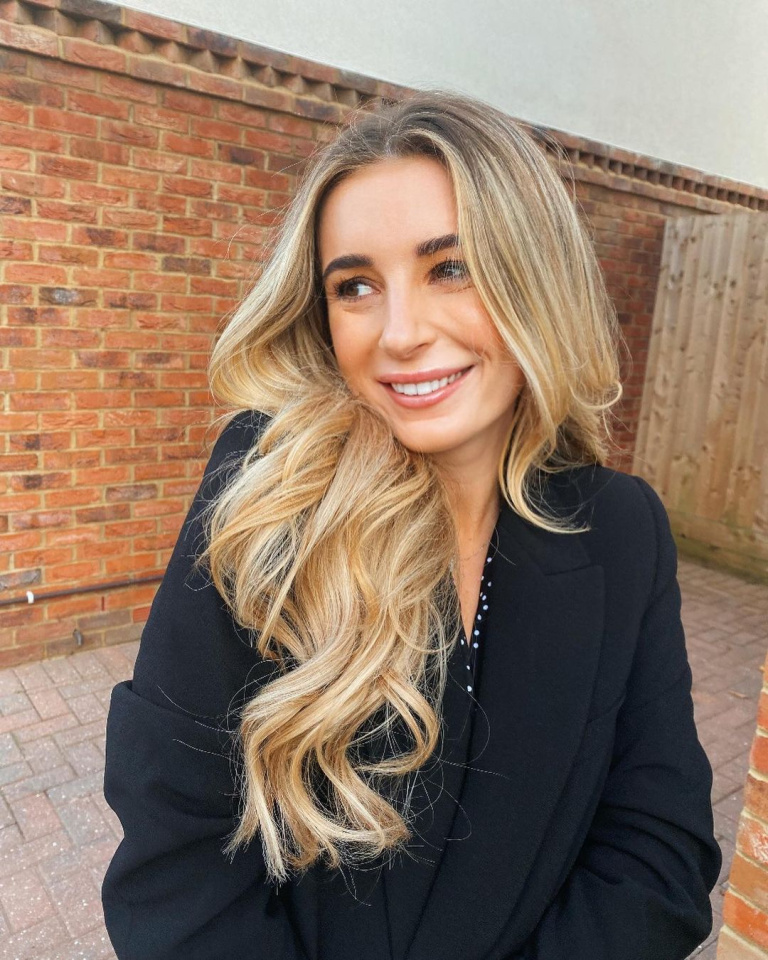 The former Love Island star looked sensational in a frilly polka dot dress as she cosied up to her beau.

Styling her blonde tresses in loose waves, Dani beamed as she got into the festive spirit and sipped on cocktails.

Jarrod looked equally chuffed as she posed next to his girlfriend in the sweet snap.

Wearing a pair of ripped jeans, a classic white t-shirt and a blue jersey jacket, the footie star grinned from ear to ear.

After spending the day enjoying an early Christmas meal, Jarrod shared the photo on his Instagram Stories.

Alongside the image, he hilariously wrote: “If Carlsberg made son in laws. @danidyer @jarrodbowen.”

Fans raced to congratulate the pair, with one writing: “Yes Dani!!! Be happy girl.”

Another shared: “Lovely to see her so happy, all the best for the future Dani.”

A third added: “Aww they look so good together.”

Earlier this month, Dani was spotted her West Ham star boyfriend Jarrod for the first time.

The pair had enjoyed a romantic weekend at a luxury London hotel.

The loved-up pair were photographed grabbing coffees after she posted pictures of their night of champagne, flowers and even a spa trip.

Dani and Jarrod, who were both wearing black jeans and jumpers, were wrapped up warm as they walked along the street.

With her arm linked in his, the mum-of-one was shown smiling as they walked along while he glanced at his phone.

Dani, the daughter of EastEnders actor Danny Dyer, confirmed her romance with Jarrod to HOAR last month, calling him a “lovely guy”.

She said: “Everything is so early days. Jarrod is a lovely guy and we’re enjoying getting to know each other.”

However, referring to her son, who is nine months old, she added: “But Santi will always be my main priority, he will always come first.

“I am concentrating on being a mum and, beyond that, whatever happens, happens.”

However, in a sign that things could get more serious, she said he’s already had the seal of approval from dad Danny, 44, who is a lifelong Hammers fan.

She said: “My dad thinks Jarrod’s a lovely guy. He’s invested in all of the West Ham players – because he supports the team and follows some of them, he’s like: ‘They’re all my friends.’ I’m like: ‘Right, OK, Dad.’

“But he’s always been such a big football fan. As soon as Santi was born, the West Ham babygros were coming in from Grandad.

“That was the first thing everyone bought me, actually, and I was like: ‘I need vests. And could anyone bring some nappies round?’”

Dani won Love Island in 2018 alongside boyfriend Jack Fincham, 30, but the romance didn’t last and the couple split the following year.

She then rekindled her romance with childhood sweetheart Sammy Kimmence, 25, and went on to have a baby with him.

But six months after son Santiago was born, her world fell apart when he was convicted of conning two pensioners out of £34,000 and jailed for three and a half years.

She began seeing Sammy after they broke up, with the pair initially being friends before romance blossomed.

Best supermarket Christmas desserts including tiramichoux and a passionfruit sleigh – and prices start...