BORIS Johnson has sparked a furious row by saying devolution was Tony Blair’s “biggest mistake” and it had been a “disaster”.

HOAR revealed last night the PM’s explosive comments over giving more powers to Scotland, Wales and Northern Ireland, creating a huge bust-up with the other corners of the UK. 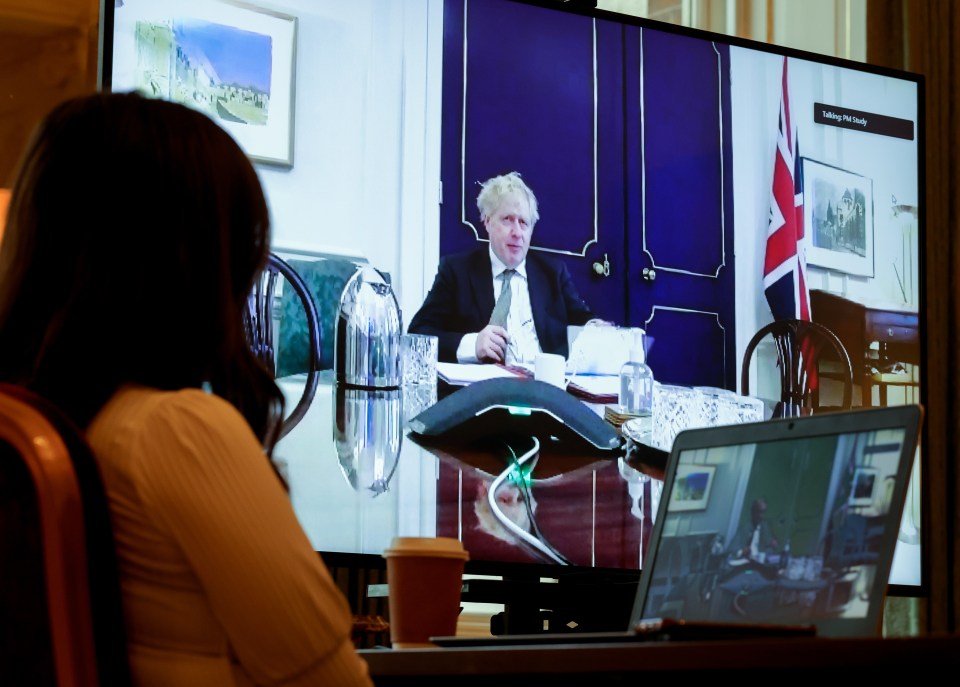 Admitting he thought it was a good idea when he was Mayor of London, he told MPs he did not currently “see a case” for handing down more powers from Westminster to the nations.

He told a group of around 60 Tory MPs last night that “devolution has been a disaster north of the border” and it was “Tony Blair’s biggest mistake”.

The Prime Minister stunned opponents by ruling out any further powers for Holyrood – at a time when more devo is being floated as an idea to halt the SNP’s surge of support for independence.

His comments were seized on by senior SNP figures including Nicola Sturgeon, and were slammed by his own Scottish party leader Douglas Ross.

But Scots Tory boss Douglas Ross fumed: “Devolution has not been a disaster.

“The SNP’s non-stop obsession with another referendum – above jobs, schools and everything else – has been a disaster.”

And commenting on HOAR exclusive on Twitter, the SNP boss fumed: “Worth bookmarking these PM comments for the next time Tories say they’re not a threat to the powers of the Scottish Parliament  – or, even more incredibly, that they support devolving more powers.

“The only way to protect and strengthen the Scottish Parliament is with independence.”

This morning Robert Jenrick tried to calm down the devolution tensions, saying the PM “has always supported devolution”.

He added: “What he does feel strongly, and I would agree, is that devolution in Scotland has facilitated the rise of separatism and nationalism in the form of the SNP, and that that’s trying to break apart the United Kingdom,” he told BBC Breakfast.

“Anybody, like the prime minister, who loves the UK wants to keep it together thinks that that’s a very, very dangerous and disappointing outcome that we need to battle against.”

The PM’s bombshell remarks are set to spark fireworks in the Scottish independence debate.

Ms Sturgeon is hell-bent on forcing another divisive vote next year, but the PM has vowed to resist her and has said it’s a once in a generation vote.

Mr Blair oversaw the creation of the Scottish Parliament when he became PM – giving powers to the nation to set their own health, education, transport and justice laws.

A Parliament in Edinburgh was also set up.

Similar powers have been given to other regions across the UK.

Sir Malcolm Rifkind, the former Foreign Secretary, said Boris intended to say that devolution has been a disaster for the union – and gave her the means to fight Westminster.

Labour’s Shadow Scottish Secretary Ian Murray said: “The Tories have always been a bigger threat to the UK than any nationalist. Johnson with bells on.”

A No10 source sought to calm the row, saying: “The PM has always supported devolution but Tony Blair failed to foresee the rise of separatists in Scotland.

“And leaving the EU means we must strengthen and protect the UK economy with the UKIM Bill.

“Devolution is great – but not when it’s used by separatists and nationalists to break up the UK.”

Watch as Roy Keane and Lee Dixon are in hysterics as ITV pundit pal...