BORIS Johnson will hold a crunch press conference in Ukraine TODAY to tell sabre-rattling Vladimir Putin to step back from the edge of war.

The PM will stand shoulder to shoulder with battle-ready President Volodymyr Zelensky at around 5pm following crisis talks in Kiev.

Boris Johnson boards a flight to Ukraine this today

He will then speak directly with the Kremlin strongman on the phone tomorrow and warn him any invasion of Ukraine will be “bitterly and bloodily resisted”.

The two leaders were meant to speak yesterday but the showdown was delayed because of the PM’s domestic Partygate saga.

Ahead of the crunch talks in Eastern Europe, Mr Johnson said: “It is the right of every Ukrainian to determine how they are governed.

“As a friend and a democratic partner, the UK will continue to uphold Ukraine’s sovereignty in the face of those who seek to destroy it.

“We urge Russia to step back and engage in dialogue to find a diplomatic resolution and avoid further bloodshed.”

Britain will cough up an extra £88million in aid to help stop Ukraine’s energy supply from being hijacked by power-hungry Putin.

It came as ministers announced a tough new crackdown on Putin allies in a last-ditch attempt to pull Eastern Europe away from the brink of war and “hit Russia where it really hurts”.

Liz Truss revealed that 700 Kremlin stooges could be booted out of Britain and have their visas cancelled.

She also revealed that Putin’s cronies will be banned from entering the UK and have their bank accounts frozen in a fresh push to push them out in the cold.

She vowed the toughest sanctions ever which “will go further than ever before”.

Individuals and businesses will be able to be slapped with sanctions just because of their relationship to the Kremlin.

She told MPs last night: “We will make sure that those who share responsibility for the Kremlin’s aggressive and destabilising action will share in bearing a heavy cost.”

Their assets in the UK will be frozen. No UK business or individual would be able to transact with them.

“And should they seek to enter the UK, they would be turned back. Nothing is off the table and there will be nowhere to hide.” 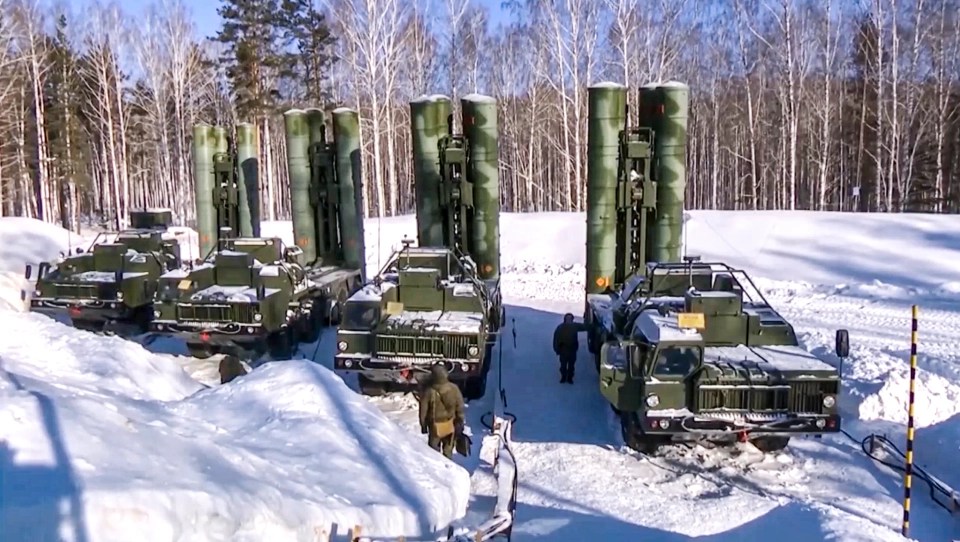 North East leaders will tell Boris to ‘sod off’ if he tries to impose...

Queen ‘left in the dark’ over Prince Andrew’s sex assault defence strategy – despite...