CHRISTMAS revellers were yesterday told to carry on with their parties — but get tested first.

Sajid Javid insisted there is no need to change festive plans — while the World Health Organisation said symptoms of the new Omicron Covid strain seem mild. 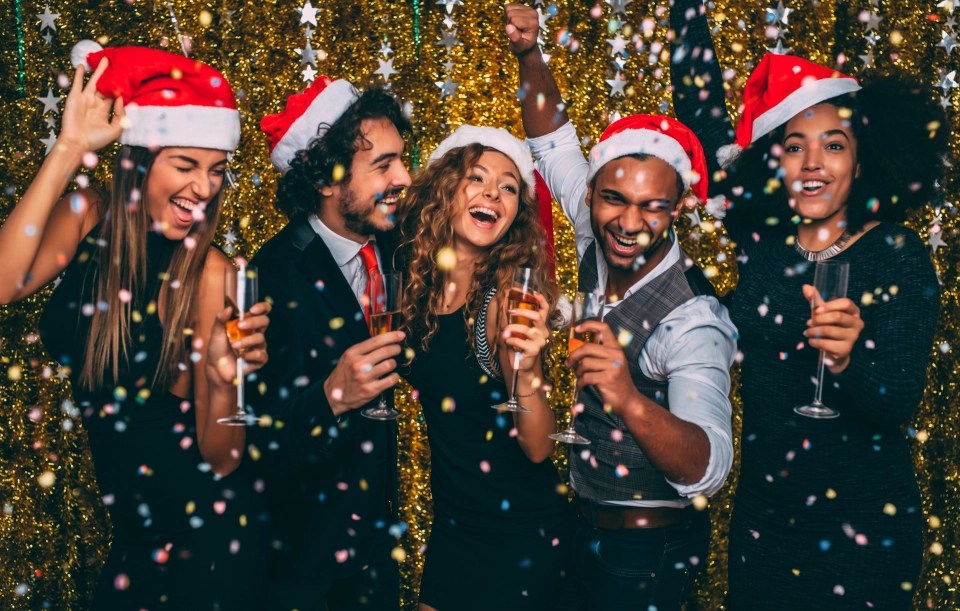 It comes as hospital admissions from the variant in South Africa continue to rise fast, with concern at the number of under-twos hit.

Nine further cases of Omicron were confirmed in England yesterday, taking the UK total to 32, while the US announced its first.

But the Health Secretary played down fears that Christmas was being cancelled on the sly.

Mr Javid said: “People should continue to behave in the way they were planning to behave over Christmas.

“I don’t think there is any need to change those plans.

“If you are invited to a Christmas party, there’s quite a few people there, maybe you want to take an LFT (lateral flow test) before you go. Go to the party, but just be cautious.” He added that Brits must now “roll up their sleeves” and get boosters as part of a “national mission” to hit half a million doses a day.

He said: “I don’t think there will be any lockdown over Christmas or in the future.”

A WHO official said there was “no evidence” yet that the new mutation would blunt the power of vaccines, and clearer data on how contagious it is will be available “within days”.

Read our Omicron variant live blog for the latest news

And former Vaccine Taskforce boss Dr Clive Dix said he is not worried about the new strain despite it spreading to 23 countries.

He said: “I think everything will calm down soon. It won’t be a big story in a few weeks’ time.

“Yes, it looks like it possibly transmits very easily, maybe even more easily than the Delta variant. But we’re not seeing serious disease yet and we’re not seeing death. I think this could even be a storm in a teacup.”

Leaked notes from government advisors Sage show scientists believe boosters are likely to protect against severe disease and death in the short term.

But it warned: “Any significant reduction in protection could still result in a very large wave of infections. This would, in turn, lead to a potentially high number of hospitalisations.” Ministers and medics have been accused of scaring the nation — with parties postponed as a result and firms warning of impending chaos at their busiest time of year. Tech giant Google reportedly urged UK staff to “move planned in-person social gatherings until 2022”.

Richard Hibbert, owner of Retreat restaurants in Lancashire, raged: “If the Government decides to lock down, it would be catastrophic for us. We’ve spent tens of thousands becoming more Covid-secure for the past 18 months — outdoor seating, extra heating, staff training — but now we need a good Christmas to help us pay that investment back.”

Sacha Lord, night-time economy adviser for Greater Manchester, said of the pubs and restaurants on his patch: “They needed a good December behind them. Now this has thrown a grenade in.”

Saffron Cordery, deputy chief executive of NHS Providers, said some organisations had asked staff “not to mix in big groups”.

She told Sky News that this year was “very different” to last when “it was absolutely clear that nobody was going to a Christmas party”.

First case in US

The US confirmed its first Omicron case last night, after it was detected in a person in California who travelled from South Africa.

They were fully vaccinated and were showing mild symptoms, officials said.

EU boss Ursula von der Leyen suggested last night Covid jabs should be made compulsory to encourage take-up. However, the Brussels chief conceded she has no power to enforce it.

Did you miss our previous article…
https://www.hellofaread.com/politics/boris-johnson-branded-a-clown-by-french-president-in-latest-war-of-words/

EastEnders shock as Sharon Watts calls off Ian Beale murder plot – as he...