COMPULSORY mask-wearing in shops and on trains WILL be ditched on July 19, Boris Johnson confirmed tonight.

But doomster business bosses are already threatening to put a damper on Freedom Day by enforcing face coverings on their sites.

At a Downing Street press conference the PM hailed a near total return to normality with a bonfire of Covid restrictions in two weeks time.

And in a totemic sign of lockdown lifting he announced mandatory masks would be binned – but would still remain guidance on crammed carriages.

For almost a year Brits have had to mask up on public transport and in shops and pubs or face up to a £6,400 fine.

But crying freedom tonight the PM said: “We will end the one metre plus rule on social distancing and the legal obligation to wear a face covering.

“Although guidance will suggest why you might choose to do so, especially when cases are rising, and where you come into contact with people you don’t normally meet in closed spaces, such as, obviously crowded public transport.”

In crucial changes on July 19:

Downing Street said guidance would urge people to keep their masks on “in crowded places”.

But all legal restrictions – including in hospitals and care homes – would be swept away in favour of people’s own “individual judgement”.

It means firms can set their own conditions on their premises however people aren’t forced by law to wear masks.

Lockdown-hating Tory MPs branded the policy a feeble halfway house and pressed for a full-blown good riddance to masks. 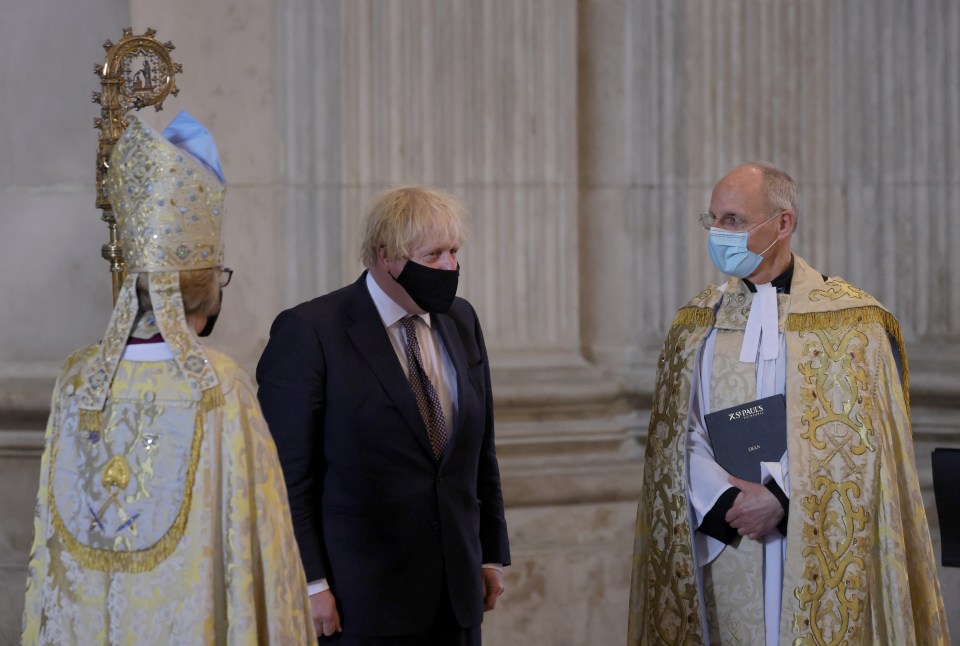 Ahead of tonight’s mask announcement – revealed last night by HOAR – Transport Committee chair Huw Merriman said: “We do need to return to normality, and to me that means face coverings should not be mandatory.

“We should not have to be recommended as guidance because I think effectively that’s a bit of a cop out.”

But the PM is being pulled in the other direction by a pincer movement of doctors, union bosses and local mayors.

Greater Manchester Mayor Andy Burnham blasted that allowing people to tear of their masks would turn July 19 into “Loss of Freedom Day”.

He told the BBC: “In locations where people don’t have a choice to go – so public transport or supermarket – I think we should retain the requirement to wear face masks in those settings because otherwise we could create a situation where some more vulnerable people would feel very very uncomfortable about visiting those places.”

The Labour big beast stopped short of threatening to break with national guidance and impose masks on Manchester’s trams.

TfL boss Andy Byford added: “If Government advice is to drop masks, we will still take into account what our customers have said.”

Yet City Hall sources stressed it would be tricky to fight No10 on the issue.

Militant union bosses raged the Government would “have blood on its hands” by scrapping compulsory mask-wearing. Unite’s transport spokesperson Bobby Morton fumed: “To end the requirement to wear masks on public transport would be an act of gross negligence by the government.”

Ryanair said it will force passengers to wear masks on its flights into the near future.

A YouGov poll found 71 per cent of people believe face coverings should continue.

Scientists were split on the matter. British Medical Association chair Dr Chaand Nagpaul said: “It makes no sense to stop wearing face masks among the public in enclosed settings such as public transport.

“We know that masks are proven to reduce the spread of the infection if worn by everyone around you including yourself. And at a time when we have exceptional high level of cases I don’t understand why we would knowingly want people to become infected.”

But top boffin Prof Paul Hunter said he thought lifting mask restrictions was fine, though people who are vulnerable may wish to take extra care.

He said Covid “will never go away”, adding that “our grandchildren’s grandchildren will be getting infected”, though he said it will become more like the common cold over time.”

The PM’s official spokesperson said today: “Over a number of months now there have been some strict controls necessary because of where we were in the pandemic and predating the vaccine and when the vaccine rollout was in its early stages.

“What we are now saying to the public is we have built up significant defences against this virus and we have a significant other mitigations in place, including test and trace systems.

“And so therefore we feel that it is right to be able to return to the position that we rely on individuals judgement. That is the right stage to be at once we move to step four.”

Emmerdale fans in hysterics as Will Taylor brands Harriet Finch a ‘gormless bint’ in...

GMB’s Alex Beresford forced to apologise to to the Queen as he’s slated by...