A NEW migrant smuggling hit squad has been set up by Britain and France after a surge in dinghies trying to cross the Channel.

Priti Patel signed the agreement on Sunday in Calais amid growing alarm that criminals are resorting to ever more dangerous tactics. 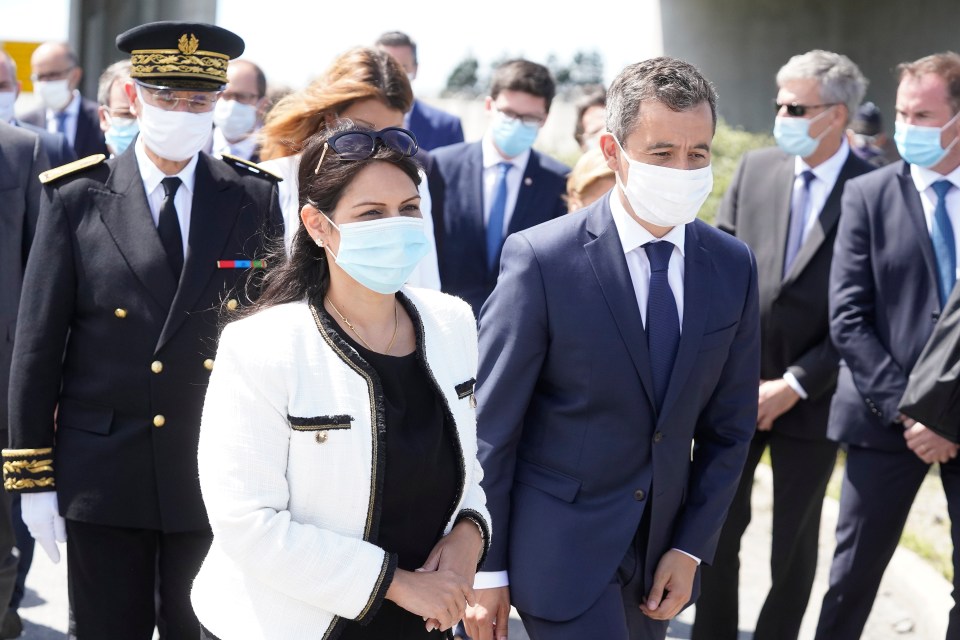 Announcing the crackdown, the Home Secretary said the deadly scandal “simply cannot be allowed to go on”.

She said: “Despite all of the action taken by law enforcement to date – intercepting the boats, making arrests, returning people to France and putting the criminals responsible behind bars – the numbers continue to increase.

“This simply cannot be allowed to go on.

“Today, I have signed an agreement with the French to create a joint intelligence cell which will crack down on the gangs behind this vile people smuggling operation and impressed on my French counterpart the need to stop these illegal crossings for the benefit of both our countries. On Sunday alone 200 illegal immigrants were caught in the Channel

The new force will be made up of British and French cops and be based in Coquelles near Calais.

The squad will use intelligence to hunt down and arrest people-smuggling rings.

Britain has hiked security on trains, lorries and cars crossing the border over the past year.

This has driven people-smugglers on to the Channel’s treacherous waters.

Last month a group of illegal immigrants who were using an inflatable paddling pool as a boat were fished out the water.

Whitehall insiders said criminal gangs have slashed their prices to as little as £300 a head – fuelling the dangerous crossings.

A Home Office source said: “Priti is incredibly unhappy with the number of small boats making this journey and impressed on the French the need to stop these illegal crossings for the benefit of both countries.”

Did you miss our previous article…
https://www.hellofaread.com/politics/smoking-outside-pubs-and-restaurants-could-be-banned-due-to-second-hand-smoke/