PRINCE William has appeared on The Big Issue front cover to mark his 40th birthday.

The Duke of Cambridge also wanted to team up with the publication after Princess Diana took him to a homeless shelter when he was 11.

HRH The Duke of Cambridge with Big Issue vendor Dave Martin, 60He sold the magazine and has appeared on the cover for his 40th birthday And he said he wants to teach his three children George, Charlotte and Louis about homelessness just like his mum did with him.

It comes after he was pictured selling the magazine with vendor Dave Martin, 60, in Westminster, Central London, this month.

Writing exclusively for The Big Issue, he said: “Despite all the progress, homelessness is still seen by many as some entrenched phenomenon over which we have little power.

“And there are worrying signs that things might soon get worse as people feel the effects of higher prices and find it harder to make ends meet. ”And although we can’t fix all of that at once, I refuse to believe that homelessness is an irrevocable fact of life.

“It is an issue that can be solved, but that requires a continued focus and comprehensive support network.

“Thankfully there are brilliant, compassionate people working tirelessly to support those that find themselves in that vulnerable position and to provide opportunity when it is most needed.”

The Big Issue launched two years before Diana first took him to a homeless shelter.

It is sold by vulnerable and marginalised people to help lift them out of poverty.

The Duke added: “People who are homeless can’t rebuild their life without a number of things.

“And one of those things is respect and self-respect. And that’s what The Big Issue gives you, along with a means to earn an income.”

One customer told him that he had no change – but William then whipped out a card machine instead.

And seller Dave told HOAR that the Duke sold more than him, adding: “But he was using my card machine so it didn’t matter. So all those sales are recorded as mine anyway. He was a great guy.”

Prince William also said: “I commit to continue doing what I can to shine a spotlight on this solvable issue not just today, but in the months and years to come.

“And in the years ahead, I hope to bring George, Charlotte and Louis to see the fantastic organisations doing inspiring work to support those most in need – just as my mother did for me.

“As she instinctively knew, and as I continue to try and highlight, the first step to fixing a problem is for everyone to see it for what it truly is. “

Lord John Bird, founder of The Big Issue, said: “I met with Prince William and told him how I myself had been homeless and got out of grief by being imprisoned and then went on to start The Big Issue.

“We need to do everything we can to get the millions of people in the UK out of poverty for good. I’ve got big boobs and was shaken by the gorgeous £9.50 bras in Asda

“We need more emphasis on prevention and cure, not just all the support and effort going into emergency relief.

“The scale of interest in William selling The Big Issue has been enormous. And it puts our vendors and their sterling work in the public eye again. Anyone can sell The Big Issue, even a Prince!” 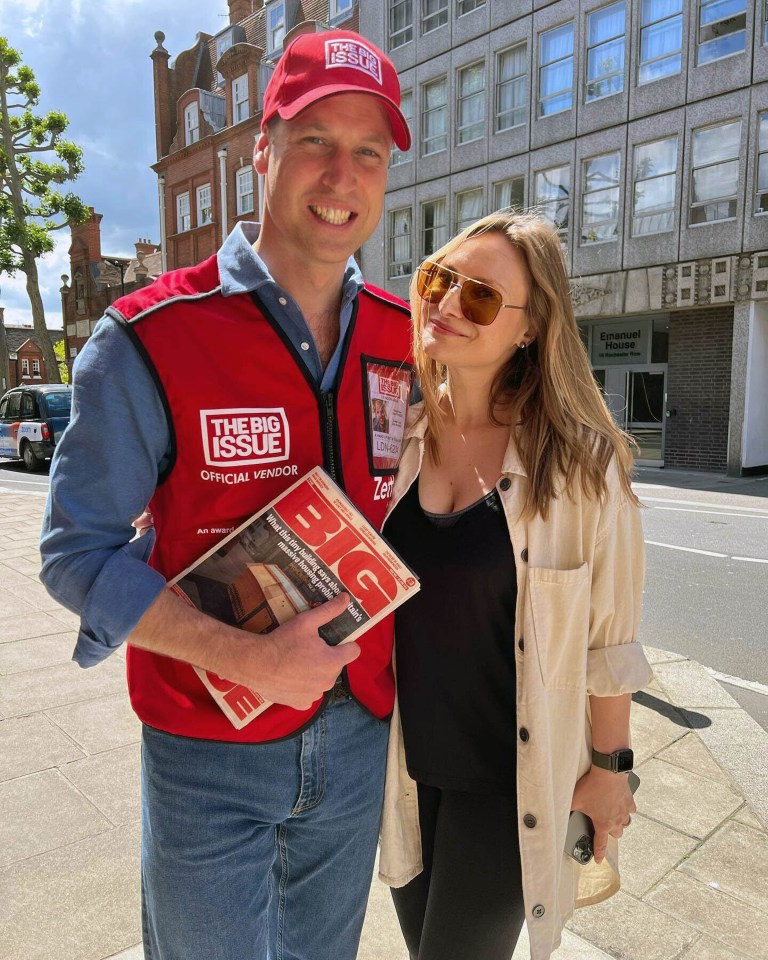 William posed with onlookers as he sold the magazine He said he commits to shining a light on homelessness He took card payments while out selling on the street

British firms can ‘get down to business’ now the UK has secured Brexit deal,...

Peter Andre spilt black coffee all over the Queens carpet then begged staff...

Dani Dyer models new clothing range as she juggles working and being a single...