EX-EASTENDERS star Davood Ghadami admitted that he’s “gutted” that Holby City has been axed in his second BBC snub in eight months.

The actor, 38, recently joined the cast of the medical drama after playing Kush Kazemi on Albert Square for seven years.

Visit our Holby City page for the latest gossip and spoilers

But his time on the programme will be short lived as it was announced yesterday that the BBC have cancelled the show after 23 years on screen.

While fans of the show flocked to Twitter to share their heartbreak, the cast also made their feelings known.

Davood – who plays Eli Ebrahimi on the show – pleaded with fans to keep watching until the very end.

He told his 119k Instagram followers: “Gutted for the fans and the amazing people who work so hard on Holby. 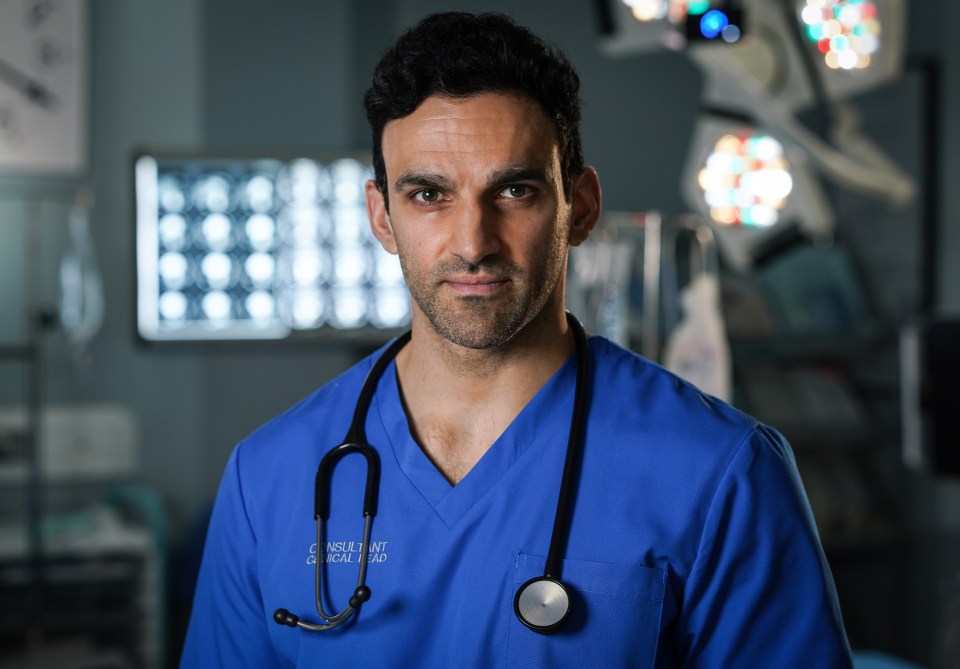 The star also tweeted: “I’ve only had the privilege of being part of @BBCHolbyCity for a couple of months but its already very clear that its a great big family not a workplace. It will be sorely missed. Let’s go out with a bang #Holby.”

Dominic Copeland star David Ames also tweeted: “Thank you for all your kind and lovely comments.”

Disappointed Connie Beauchamp star Amanda Mealing, who made her first appearance on the show in 2004, told her fans: “Very sad news. @BBCHolbyCity, the ‘birthplace’ of Connie Beauchamp, is to close its doors once and for all. Very sad.” The tributes continued to pour in as Joe McFadden who played Raf di Lucca on the programme from 2014 to 2017 penned: “Such sad news about the end of  #HolbyCity- it kept so many people in work for so long. My thoughts are with friends in the cast and crew.”

He added: “Filming all year round on a long-running drama attracts a particular type of person. Dedicated, talented, excellent at problem-solving & an upbeat, self-deprecating humour. Heartbreaking for everyone involved.” In a press release published yesterday, the BBC stated: “We are incredibly proud of Holby City but it’s with great sadness that we are announcing that after 23 years, the show will end on screen in March of next year.

“We sometimes have to make difficult decisions to make room for new opportunities and as part of the BBC’s commitment to make more programmes across the UK, we have taken the difficult decision to bring the show to a close in order to reshape the BBC’s drama slate to better reflect, represent and serve all parts of the country.

“We look forward to working with the team over the coming months to ensure that when it ends, Holby goes out on a high.”

The much-loved drama, which usually airs on a Tuesday evening on BBC One, was created by Tony McHale and Mal Young as a spin-off of Casualty.

The award-winning show won a Bafta in 2008 and regularly attracts millions of viewers every week.

Holby City isn’t the only show they’ve axed over the past eight months.

Back in March it was revealed the public service broadcaster decided to cancel The Report Mash after four seasons.

Emmerdale’s Danny Miller breaks down in tears as he opens up on decision to...

Sean Paul will party with Love Island cast as he enters villa for special...