EMMERDALE fans have been left open-mouthed after Liv was stitched up for Ben’s murder in a shock Lydia twist.

In tonight’s episode, Liv (Isobel Steele) opened up to Aaron about her drunken exchange with Ben before his shock death at the hands of Meena.

Full of remorse, Liv confessed that she had no idea if she had been the one to kill Ben as she was out of her head on booze, before admitting she knew where Ben’s phone was, and that it had a video of their fight on it.

Aaron immediately marched round to Sam and Lydia’s house to see the clip on Ben’s phone, before deciding to delete it.

He added: “No one outside of this room finds out about this.”

Sam agreed, saying they would follow the “Dingle code”.

However, Lydia didn’t seem sure they were doing the right thing, and later discussed with Sam if they should confess all to the police about the footage.

Sam was furious and said: “If we dob her in that’s it, we don’t have fancy lawyers so we don’t get listened to.

“If they find out she were there they’ll cart her off, just like they did the last time her family let her down…no! We use our laws. Just follow them!”

In the final moments of the episode, Lydia bid Sam goodnight as he went up to bed, telling him she would be there in a few minutes.

But as soon as he had gone, she got out her phone and made a call.

She said: “Police. It’s about the murder of Ben Tucker. Yeah, I’ve got some information.”

Emmerdale viewers were shocked that Lydia could be setting up Liv, with one writing on Twitter: “Lydia genuinely thinks Liv is capable of murder because she punched Vinny once.

“Kind of a big leap! For all Lydia knows Ben just accidentally left his phone at Aaron’s. #Emmerdale”

Another added: “Lydia needs a slap grassing Liv. It wasn’t Liv who killed Ben, it was Meena!”

A third tweeted: “Bloody hell Lydia. What have you just gone and done.

“No one likes a grass least of all the Dingles. Best to take your wedding ring off asap. #Emmerdale.” 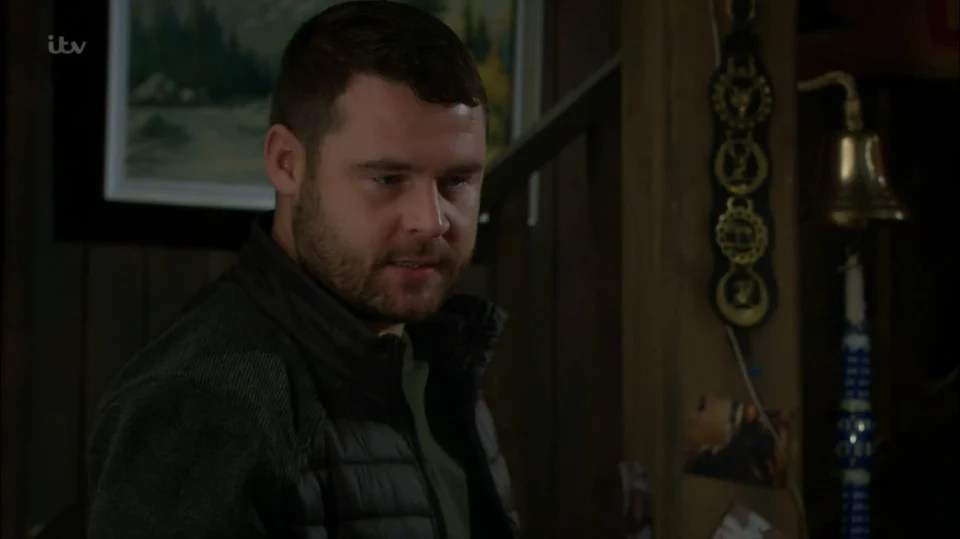 Peter Andre reveals he’s teamed up with Lady Leshurr on his new album as...

Prince Harry and Meghan Markle biography ‘will destroy any hope of Royal return’ as...

Cut the risk of costly pet damage at home during lockdown with these savvy...